You are here:
Development 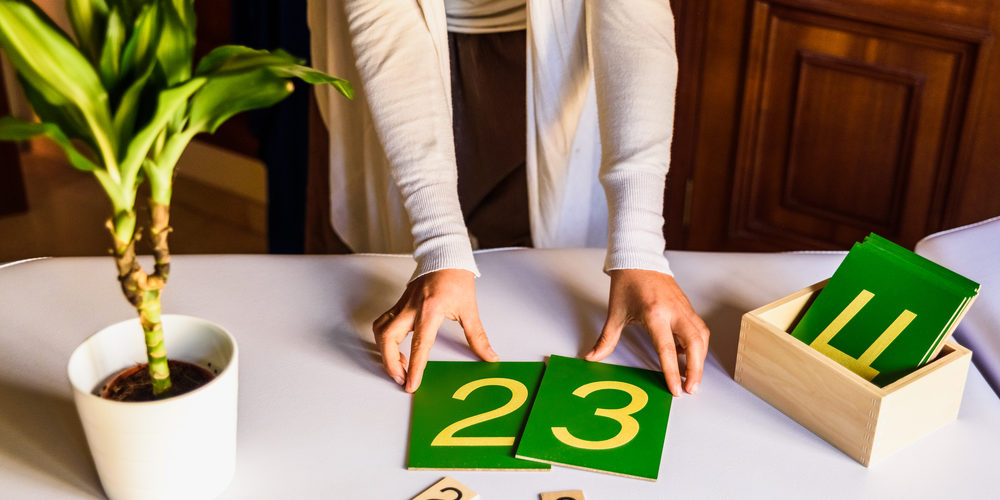 In Montessori, “follow the child” is a popular saying. It guides the way the classroom and lessons are run. Follow the child doesn’t mean that children have unlimited freedom either. There are limits in place, ones crafted from structure, clear expectations, and consistency. Those limits help a child learn what it means to be disciplined; limits help frame autonomy and confidence, giving birth to another Montessori phrase—freedom within limits.

So you do set limits the Montessori way? How do you communicate those limits to your child? And how do you guide them without limiting their freedom? Let’s begin.

What Does It Mean to Have Limits?

Limits, from the Montessori perspective, are all about balance. For example, in a Montessori school, the students can freely choose what they want to work on. The role of the teacher is to give them a limited amount of choices. During their uninterrupted work period, children have the freedom of movement and space needed to accomplish their task. The teacher respects their need for space, but they remain on the sidelines should the child need their help.

Freedom within limits provides both structure and the chance for kids to do things on their own.

When Should Limits First Be Set?

If you are thinking about setting limits Montessori-style, then you have to realize that learning begins from birth. Children have highly absorbent minds, and they want to explore as much of the world as possible. The responsibility of the adult role model is to expose them to the world as safely as possible through freedom within limits.

In the early stages of childhood, you set limits more verbally. “When you do this, the result is this.” Infants do not need a lot of choices. When your child reaches the toddler years, it is a bit different. They start to want independence, and so you can give them two or three choices.

How Do I Know When The Limits Are Too Few or Too Many?

As mentioned earlier, freedom within limits requires balance. In the beginning, you might end up providing too much freedom or being too strict. This is based on your own experiences growing up. The important thing is to approach setting limits with a growth mindset. Grow alongside your child, and keep these signs in mind:

Setting limits is not easy. There are days when you have more patience than others. Some days, you feel ready to react to everything. Here are some tips to help you set limits in the house that everyone can follow:

Be Clear and Concise

Having clear rules in the house is one way to begin establishing limitations. You don’t want too many rules, just enough to remind your children that they have freedom within limits. Some examples include:

Not only are you setting expectations for behavior, you are giving clearly defined instances that children will understand.

Sometimes, children aren’t going to understand why certain limits have to be set. You will have to explain and demonstrate proper behaviors to them. Do that with love and kindness. Here are some examples of setting limits compassionately:

Also, do not ask the child to enforce the limit on themselves. This can result in a power struggle. Rather than giving them a “one more time” ultimatum, say “I see that you’re jumping on the couch, so I will take you outside to play.”

Use Logic and Reason

There is more to setting rules and limits than “Because I said so.” If your child questions the limitation, it is important to explain to them correctly. Not only does this show that you respect them, it also gives them a chance to rationalize the limits on their own time.

For example, if the child is asking why they can’t take an activity from something else without asking, you could say, “Because taking something without making sure someone else is using it is wrong. You must receive permission first. How would you feel if the same happened to you?”

Children crave a certain amount of autonomy alongside structure. You may not always know how to meet these needs, so work together. Ask for your child’s opinion.

“How can we solve this problem together?” is always a great question to ask. You will also be amazed by how creative a young mind can be when they have the freedom to explore.

Limits can be communicated by arranging them as questions. This evens out the responsibility rather than creating a top-down effect. For example, if your child is throwing a tantrum and tries to throw an object, you could say, “That is not what you do when you’re done with an object. Why don’t we put it back on the shelf where it belongs?”

Setting limits can be difficult for parents, which is why you should consider the Montessori way. Following the child and dictating freedom within limits can dispel power struggles and tantrums. By clearly communicating what you expect and why, your child will not only be more disciplined, they will also learn self-regulation. Why not give it a try?

Looking to enroll your child in Montessori school in Philadelphia? Fishtown Montessori is devoted to high quality programs for young children. Our passionate teaching staff can’t wait to meet you. Why not schedule a tour today and see what makes our school great?

How Montessori Does Recess
April 4, 2022